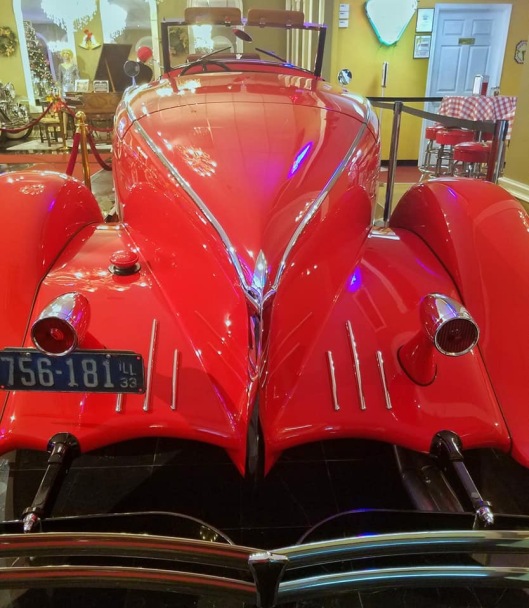 It’s that time of the year.  Time to peruse my photo files and find some of my favorite images of the year.  The selections are a little thinner this year than in previous years.  A lot of my images are captured during my business travels and in 2018 I’ve been concentrating a little more on work and a little less on photo opportunities.  That said, I’ve come up with some images that I like a lot.  These are the ones that made the cut.  They may not be my best ever images but for this year, for a number of reasons, they are my favorites.  So let’s dive in.

My middle child, Heather Bean, is a Special Olympics athlete with the emphasis on Special.  In the winter she participates in Snowboarding, Figure Skating, and Swimming.  In the past I could usually keep up with and usually ahead of her on the slopes.  Now I’m not so sure.  Every year in late February or early March the Colorado Special Olympians gather at Copper Mountain for the State Winter Games.  Here is Heather shredding the Giant Slalom Course.  How did she do?????  Why, Gold, of course! 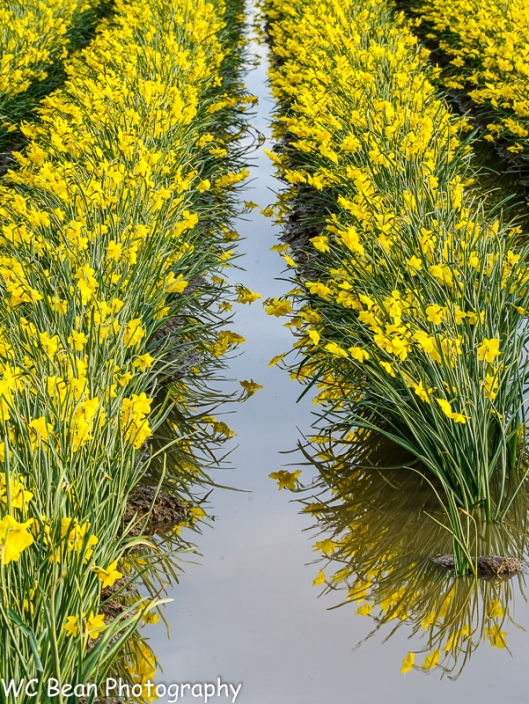 They call me Daffy

Every year in April the town of Mount Vernon in the Skagit Valley of Washington turns into a major destination for photographers…The Skagit Valley Tulip Festival.  Early in April the fields are dominated by Daffodils and there’s usually quite a bit of rain causing the fields to be sloppy with mud or, in this case, standing water.  Bad news….you can’t get into the fields for detail shots without tall rubber boots or waders.  Good news…..the standing water makes for some great reflections.

Macro:  The word of the day

As the month progresses the Daffodils fade into the distance and the real star of the show, the Tulips take center stage.  I have wanted a high quality macro lens for a long time and was able to buy a used Sigma 150mm macro lens for this trip.  A tulip, some water drops, a good macro lens….works for me. 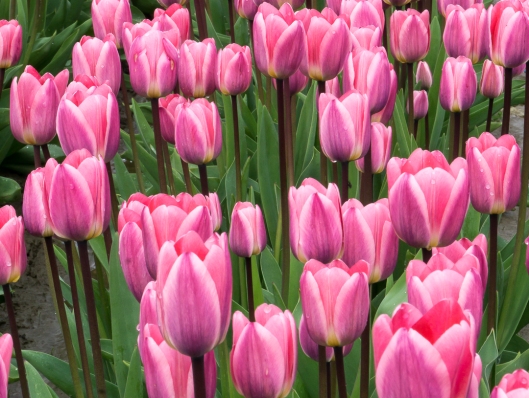 I am a fortunate fellow since my dear friend and former college roommate, Dennis Brown, is married to a woman who runs one of the shops at Tulip Town.  I’m fortunate because I get free admission to said Tulip Town and can roam among the fields to my heart’s content.  If you want to see field after field of colorful flowers, head for Mount Vernon in April. 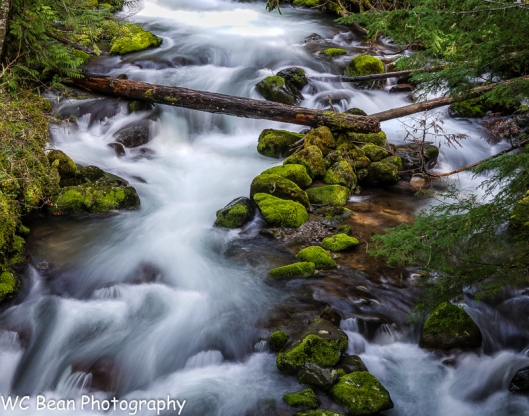 Another plus of Washington in April is seeing the streams full of water from either rain or snowmelt.  Or both.  I took a drive up the Skagit River to Concrete and came across this stream.  Rushing water, moss covered rocks, Neutral Density filters, and a tripod.  Winning combination.

I mentioned earlier that I didn’t capture as many images during my trips for work this year but that doesn’t mean I didn’t capture any.  In early September I was assigned to spend 10 days in Hawaii.  8 days of meetings and a weekend.  Lots of island hopping during the week but I did manage a weekend on Maui.  This was my first evening on Maui and  the sunset was amazing.  This beach is south of Lahaina.

My last night in Hawaii was spent on Oahu.  The sunset wasn’t all I’d hoped but all in all the view from my hotel room balcony wasn’t too bad.  Not sure when I’ll get back to Hawaii but there is so much more to see than I was able to see on this trip.

Not all pretty landscapes.  More and more my eye is drawn to patterns either in nature or man made.  I glanced down and saw the lounge chairs carefully lined up waiting for the sun worshipers to arrive.

In the past I’ve made the pilgrimage to Crested Butte to photograph aspens in the fall but haven’t done that for several years.  In fact, other than the images of Heather in competition for various Special Olympics events, I’ve not spent a lot of time capturing images in Colorado for quite some time, choosing to shoot the most on my business trips.  This year, though, we had some time to visit Chris and Stephanie in Montrose near the end of September and I took a day to head up to Silverjack Reservoir to catch some of the fall colors in the San Juans.  The road to Silverjack is chock full of photo ops and I had a great day.

When I’m out capturing images or for that matter any time I’m driving through the countryside I sometimes see an image and think “Dang, that would look really good later in the day when the sun gets at the right angle.”  That’s the case with this reflection.  I passed this pond on the way to Silverjack Reservoir and thought it would look good late in the day with the aspens reflected in the pond.  I made my way back to the pond about an hour before sunset and waited for the light to get to a point I wanted to see.  Two for one. 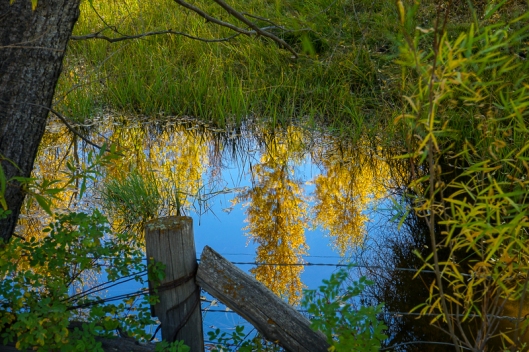 As time passes my photographic vision seems to ebb and flow between themes.  As seen above, I really like reflections and heading up the road to Silverjack I came across this one.

Timing can be everything

Late September was a busy time for me.  Shortly before the trip to Montrose I had a business trip to Portland, Oregon and tacked on an extra vacation day so I’d have time to capture some images.  I spent the night in my hotel debating…stay in Portland and visit the Japanese Gardens?  Head up the Columbia River Gorge to photograph some waterfalls?  How bout Silver Falls State Park south of Portland?  I ended up heading for Silver Falls mostly as a scouting trip since I’d never been there before.  I was able to find some maples that were on fire with the changing colors. 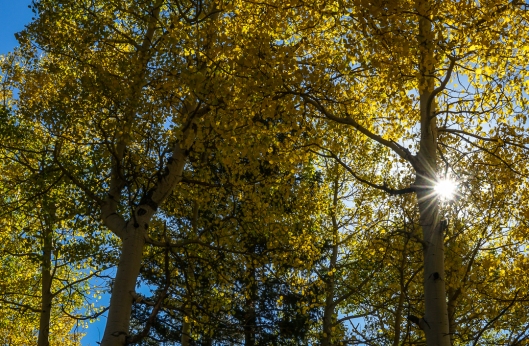 Sometimes it’s not the color that’s really attractive but another element. In this case the sun was passing behind some aspen trunks and making a perfect opportunity to stop a lens down for a sun star. 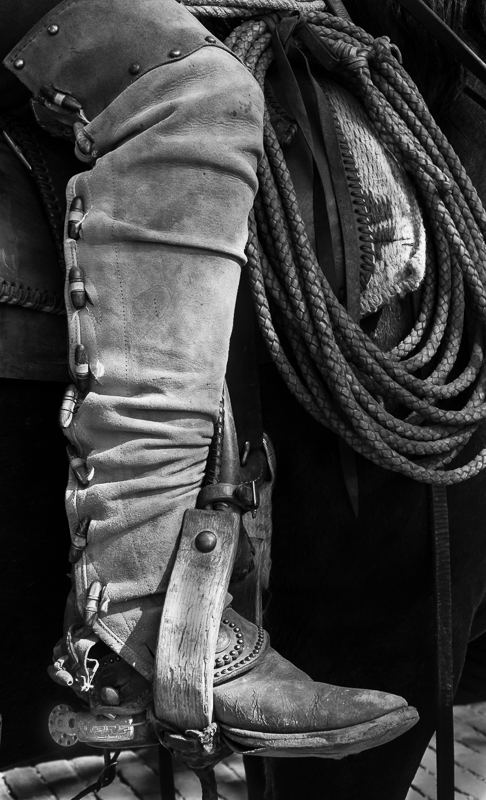 A couple of years ago I had a business trip to Fort Worth, Texas.  I had some spare time so I headed out to the Fort Worth Stockyards for the daily Longhorn parade.  While there I was fascinated by the tack and clothing of the cowboys and cowgirls that rode herd on the longhorns during the parade.  At the time I was shooting with an EOS M camera and after capturing (I thought) some great images I got home to Colorado to find out there was not a memory card in the camera, thus, no images.  I was fortunate enough to be sent back to Fort Worth in October and made sure I had time to head back to the Stockyards.  As soon as I saw these details I knew I would be converting them to Black & White.  These are among my very favorite images of the year.

I’m closing with two more images from the Fort Worth Stockyards.  Not exactly the grand landscape I’ve posted in the past.  The details of clothing and tack and the sunlight playing on a stirrup fender really catch my eye.

So there you have it.  My favorite images of 2018.  There are some more images that I like a lot but didn’t quite make the cut and I’ll be posting them on Instagram or Facebook later.  For now, I really enjoy these images and the memories they evoke when I review them.

What will 2019 bring?  Who knows.  My work schedule is variable and I usually don’t know where I’ll be until 3 or 4 weeks ahead of time.  On a personal note, Heather and I are kicking around the idea of visiting Yellowstone again, probably in the fall.  I plan on visiting my son in western Colorado as much as possible.  I’ve posed the idea of a trip to the Black Hills in June or July.  Lots of photographic possibilities.  So stay tuned…it looks like it’s going to be a great year.